On 29 September 2022 between approximately 08:00 and 08:30 CEST the ESO Archive Science Portal may be available with reduced functionality due to IT maintenance. Request submission and data download via the Request Handler will not be possible on the same day between 08:00 and 09:00 CEST. We apologize for any inconvenience.

This data release provides access to reduced scientific 1D spectra obtained with FORS2, the visual and near-UV FOcal Reducer and low dispersion Spectrograph 2 on the VLT.

UltraVISTA (PIs J. Dunlop, M. Franx, J. Fynbo, O. LeFèvre, Programme ID 179.A-2005, 198.A-2003) is an ultra-deep near-infrared ESO Public Survey targeting the central region of the COSMOS field. This public survey started in April 2010 and has been completed during the VISTA Public Survey Cycle II in 2022.

First Light for GRAVITY Wide at the VLTI

Gaia-ESO is an ESO Public Spectroscopic Survey (under ESO Programme IDs: 188.B-3002, 193.B-0936, 197.B-1074; PIs: Gerry Gilmore & Sofia Randich) carried out with GIRAFFE and UVES on the VLT between 2012 and 2018. The survey targeted more than 100,000 stars, with 115,000 actually observed by the end of the survey. These stars are selected across all major components of the Milky Way, from halo to star-forming regions, with the goal of providing an homogeneous overview of their kinematics and elemental abundance distributions.

Version 8 of the ESO Science Data Products standard is now published; highlights of the revisions are:

VIDEO (under programme ID 179.A-2006, PI: Jarvis) is a deep near-infrared survey which targets ~12 square degrees over the ELAIS-S1, XMM-LSS, and E-CDFS extragalactic fields. VIDEO belongs to the suite of the first cycle Visible and Infrared Survey Telescope for Astronomy (VISTA) public surveys conducted at ESO and now completed.

In this final release (VIDEO DR5) all individual stacked pawprints and tiles from Nov 2009 to Sep 2018 are released, as well as the corresponding single-band source lists. In addition, deep-stacked images in Z, Y, J, H, Ks filters are released. They are provided both as stacks of tiles (total of 8x5 images), and as one large mosaic for each field (3x5 images). Their corresponding aperture-matched source lists are also provided. The data also include a band-merged photometry source catalogue which contains i) 842,337 unique sources in the VIDEO-ES1 area, ii) 1,279,857 unique sources over the ~4.5 deg2 in the VIDEO-XMM area, and iii) 1,138,485 sources over the ~4.5 deg2 in the VIDEO-CDFS area.

The release consists of 1.8 TB of data, with images all (re-)processed using version 1.5 of the VISTA reduction pipeline provided by CASU.

This second data release (DR2) contains all the observations on the star-forming region Corona Australis. In total, 160 tiles covering about 43 deg2 have been observed, for a total of 3360 files and 0.87 T, between April 2017 and October 2021. The image quality is excellent throughout the entire survey fields with most data featuring point source FWHMs better than 1 arcsec. Compared to 2MASS, the survey reaches up to 6 mag fainter sensitivity limits.

For each observed field, photometrically and astrometrically calibrated tiles and stacked pawprints, together with a corresponding source table are published and available via the Archive Science Portal or programmatically.

A detailed description of the released data is available in the related documentation.

The APEX telescope has obtained CO(2-1) spectra for a sample of 165 hard-X-Ray-selected AGN galaxies detected in observations by the Burst Alert Telescope (BAT) onboard Swift. These observations, taken under the ESO programme id 198.A-0708, PI M. Koss, allow a statistical comparison of AGN and non-AGN dominated galaxies in the local Universe, for example from the ALLSMOG APEX survey. As this programme mainly aimed at observing a statistical sample of nearby AGN, many of the galaxies observed are well-known galaxies, and these Phase 3 data can provide a valuable total power measurement of the CO(2-1) emission which then  can be combined with interferometric observations obtained with ALMA. Additionally, the BASS (BAT AGN Spectroscopic Survey) sample includes a variety of other ESO data products including hundreds of spectra with VLT/Xshooter, VLT/MUSE, and VLT/FORS2 with more information at the BASS survey website.

This BAT AGN release available via the Science Portal or programatically, makes the combined CO(2-1) spectra publicly available so users can derive further spectroscopic parameters, and compare them with other lines in these objects. The spectra either have a peak S/N>5 or reach depths of 0.5-2 mK rms for non-detections. Further details can be found in the data release paper by Koss et al. (2021) or in the accompanying release description.

Instructions on how to read or display data in the ESO/SDP tabular data format can be found in the 1D spectrum data format help page. 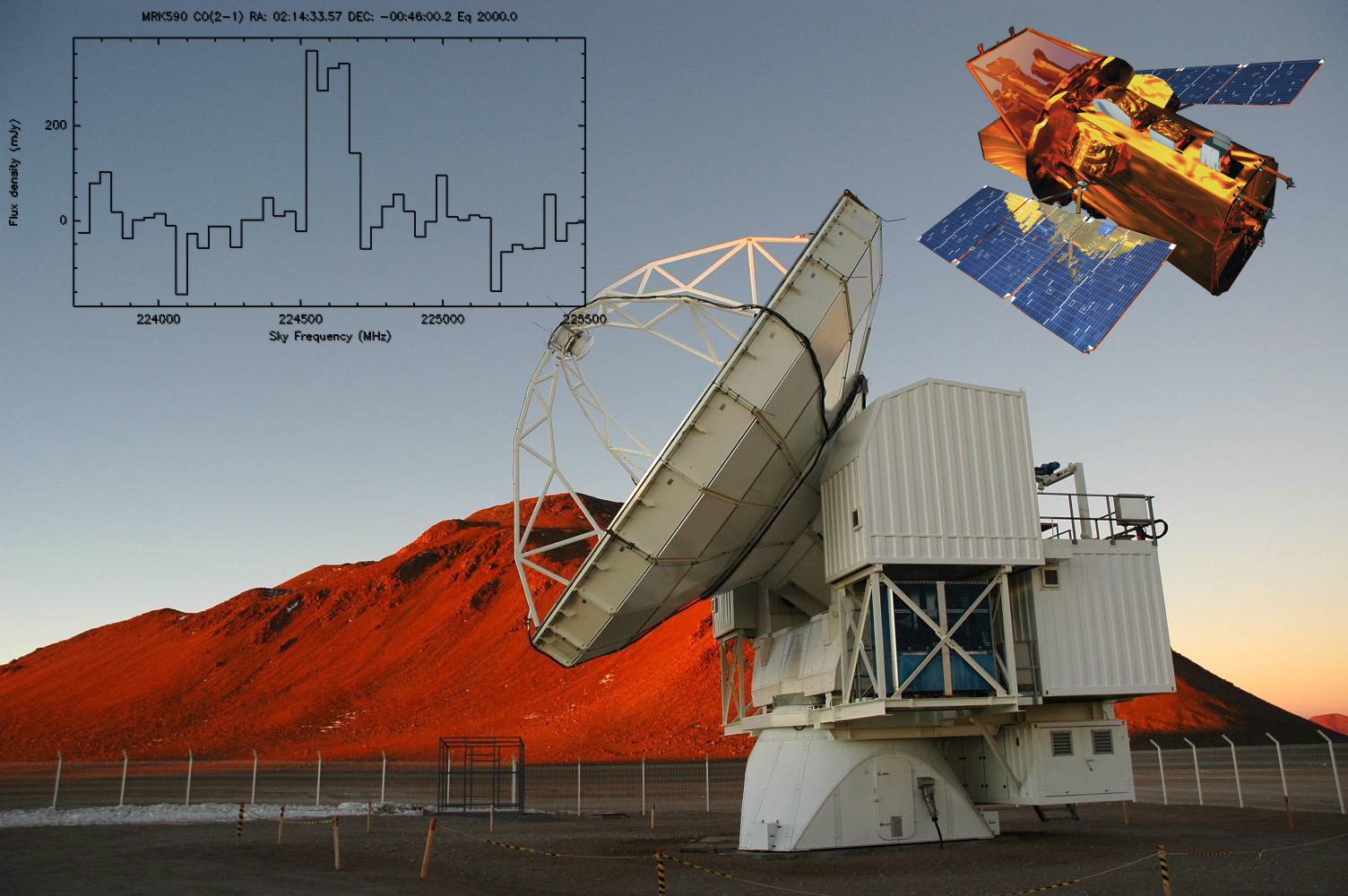 The Southern H-ATLAS Regions in Ks-band (SHARKS) is a deep Ks-band imaging survey conducted with the wide-field VIRCAM imager at the VISTA telescope. The project was granted 1200 hours of observing time under the ESO programme 198.A-2006 (PI H. Dannerbauer) as one of seven approved second cycle VISTA Public Surveys.